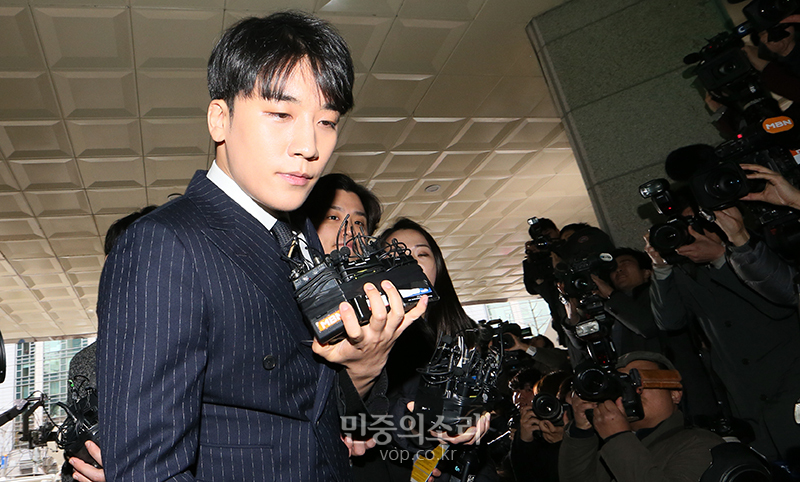 While the Burning Sun illegal activities allegations spread, there’s the other central investigation into a phone text chatroom with K-celebs sharing hidden camera photos and videos of unwitting women being secretly filmed. Today Seoul police booked Seungri for sharing hidden camera sex videos, adding him to the other two booked so far Jung Joon Young and Choi Jung Hoon. Choi Jung Hoon is also booked for bribing a police officer to get out of a drunk driving arrest. Jung Joon Young’s phones also yielded additional new secretly recorded sex videos so the charges against him have been increased from 8 to 11 instances. When told about finding additional videos his reaction was the horrifically surprised “there’s more?” because clearly the man is so fucked up he legit stopped keeping track of how many he’s recorded. Ugh, toss them all in the slammer and throw the key away.