The year long delay was no deterrent for potboiler political action flick Escape From Mogadishu, the Korean movie this weekend became the biggest box office hit in South Korea this year 2021. It overtook Black Widow and now has 3 million tickets sold. South Korea like around the world remains under COVID-19 restrictions still and this summer the Seoul region actually entered the strictest regulations yet again. So that makes Escape’s box office haul quite impressive and during a normal era this would easily have doubled the tickets sold. The reviews are solid and it has four incredibly talented acting leads with veterans Kim Yoon Seok and Heo Jun Ho playing dueling South Korean and North Korean Ambassador to Somalia, with Jo In Sung and Koo Kyu Hwan as their right hand man/intelligence officer. It’s based on a true story when the Koreas sent ambassadors to African countries to court their vote in the UN and the ambassadors to Somalia and their entourage got stuck in the Somali civil war and needed to find a way out. The collaborating together is a hallmark of South Korean movies but the usual difference in culture and politics to add the conflict.

END_OF_DOCUMENT_TOKEN_TO_BE_REPLACED 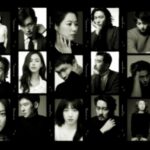 T he release continues for the K-actor 200 list, the 5th release with the second half of the compilation left to come. It’s always interesting to see the cool collection in each release and this one has plenty of diversity … END_OF_DOCUMENT_TOKEN_TO_BE_REPLACED 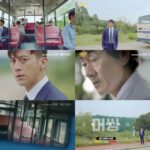 Normally Heo Jun Ho plays the uber baddie and Go Soo is the straight man hero lead type but for upcoming OCN supernatural drama Missing: The Other Side both take on a different onscreen persona. Go Soo is a swindler … END_OF_DOCUMENT_TOKEN_TO_BE_REPLACED 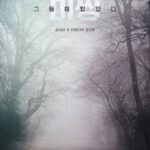 The Train just left the OCN station last weekend for the parallel worlds serial killer drama but it’s a shorter than usual run with 12-episodes so promos are starting for the followup drama Missing: The Other Side. I remember when … END_OF_DOCUMENT_TOKEN_TO_BE_REPLACED