The contrast could not be greater between Lee Seung Gi and Lee Se Young in their upcoming drama Love by Law, versus each other in this drama and versus their characters in their previous drama that they first worked together on A Korean Odyssey (Hwayugi). She’s all grown up, with a good head on her shoulders as a capable lawyer, and he’s got no care in this world just lounging in his sweats and an inflatable pool. Okay, the playful demeanor is the same for his character but at least this time there are no world ending stakes and also these two get to be OTP! I’m so excited but not as rabid as when this drama was first announced since lately I have current crack to sustain me lol, but when those are done this is right around the corner to be the perfect late summer snack.

END_OF_DOCUMENT_TOKEN_TO_BE_REPLACED 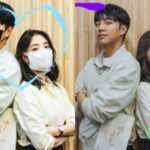 One of my fave rom-coms from last year 2021 was Dali and the Cocky Prince on KBS so I’m excited for the network to pair up two of my faves in the same genre and let the sparks fly. Upcoming … END_OF_DOCUMENT_TOKEN_TO_BE_REPLACED 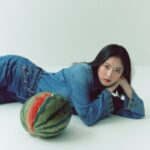 Oh hells yeah! I’m off to say a couple of Hail Marys to the drama gods after this but I have to share the news ASAP. K-ent is reporting that Lee Se Young will be the leading lady opposite Lee … END_OF_DOCUMENT_TOKEN_TO_BE_REPLACED

I feel like my boy Lee Seung Gi has spent the greater part of the last decade trying to prove he’s a “real” actor and he didn’t have to but I’m really happy he did. His first major part was … END_OF_DOCUMENT_TOKEN_TO_BE_REPLACED