Well this is certainly a rarity in K-drama but clearly stuff really went off the rails during filming. Rookie actress Park Hye Eun (but she uses Park Hae Eun on her own SNS account) has been fired from the currently filming Hong Sisters fantasy drama Return (or Resurrection) as the female lead. Filming only started recently and has now been fully stopped until a replacement female lead is found, which will likely be Jung So Min as she was offered the role and the team is just waiting for her confirmation. The other leads are Lee Jae Wook, Minhyun from NUEST (Hwang Min Hyun), and Arin of Oh My Girl. If she’s been fired and the other two idol-actor supporting leads are still in then I can only wonder how bad she was. Perhaps it’s that she’s not essaying the role as the Hong Sisters and the PD want/need, but then all the first reports actually said she was leaving the drama specifically due to “poor acting”. After the firing, Park Hae Eun posted GIFs of her scenes in the drama taken from the monitors and also her statement on the whole affair, basically saying she was feeling torn but still wishes the best for the production of Return and believes this will be good for her in the long run.

END_OF_DOCUMENT_TOKEN_TO_BE_REPLACED 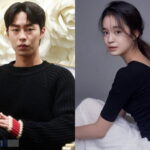 The Hong Sisters are starting the casting process for their new fantasy romance drama and it’s a lot of newer faces and still rising stars. The male lead will be Lee Jae Wook, who is fantastic but hasn’t really hit … END_OF_DOCUMENT_TOKEN_TO_BE_REPLACED