There an article by a K-ent reporter this weekend that is garnering feedback because she is surveying the current landscape of “acting idols” and lamenting that it’s one step forward two steps back still. She writes that Junho of 2PM has taken 10 years of being an idol and acting in over 10 movies/dramas in total mostly in supporting roles until recent years and has earned through hard work his performance prowess in The Red Sleeve Cuff and all the acclaim that came with it. Even the female acting idols of that gen are doing well with Han Sun Hwa and Jung Eun Ji in Drink Now, Work Later where neither are even associated much with their idol starts in discussions about their acting ability. But conversely currently aired/airing dramas Snowdrop has Jisoo of Blackpink as the female lead and Kim Yo Han as a relatively recently debuted idol was given the male lead in School 2021 right off the bat. She writes that Kim Yo Han’s acting has been criticized as “colorless and odorless smoke” because he can’t properly express his emotions on his face so viewers can’t feel anything from his character. For Jisoo, since the drama started and she’s referred to as the “Smoke Idol” because of her bad enunciation as if she was a smoker with a low mumbly voice. The specific issue is that her acting includes awkward expressions and gestures made worse because she can’t correct basic nasal vocalizations in her dialogue reading including not properly pronouncing her own name Eun Young Ro. The reporter said the problem is that both are the leads so their roles are so importantly to the drama story, it would have been less distracting if both started with supporting roles to build up their experience and ability.

END_OF_DOCUMENT_TOKEN_TO_BE_REPLACED 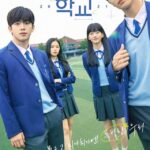 This may be a case of expectations being set s ooooooooooo insanely low that simply existing to make it on air is a win. I’m kidding of course, even the more beleaguered drama is still watched on its merits, no … END_OF_DOCUMENT_TOKEN_TO_BE_REPLACED 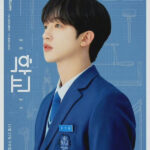 Well this is unfortunately for all involved. The next KBS Wed-Thurs drama School 2021 was already facing an uphill battle with an untried at acting idol male lead and a relatively unknown cast but now it’s also getting delayed. Male … END_OF_DOCUMENT_TOKEN_TO_BE_REPLACED 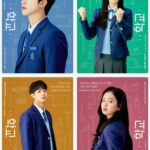 There were four School seasons in the early Hallyu days that launched the career of many a now top K star before KBS paused the franchise for a decade until School 2013 came along. This upcoming School 2021 will be … END_OF_DOCUMENT_TOKEN_TO_BE_REPLACED 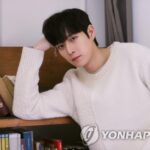 I’m glad to see that rising actor Kim Young Dae has a good agency behind him to support his decision to leave the soon to start filming KBS K-drama School 2021. It happened earlier this week and the production company … END_OF_DOCUMENT_TOKEN_TO_BE_REPLACED 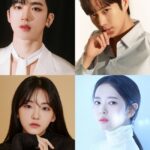 The behind-the-scenes drama with the next installment in the KBS School series continues and this time it’s after filming has begun. Second male lead Kim Young Dae has left School 2021, solely on his side with his agency announcing that … END_OF_DOCUMENT_TOKEN_TO_BE_REPLACED 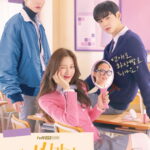 The school theme for K-dramas has been around since the start of, well, K-dramas lol, but every few years there does seem to be a concentration of them released around the same time. We’re seeing another wave with True Beauty … END_OF_DOCUMENT_TOKEN_TO_BE_REPLACED