Okay, I can’t stop watching Awaken (Night and Day) even though I HAVE SO MANY QUESTIONS and I know most won’t be answered by the end. This drama is so weird, building a conspiracy on perhaps the most horrific power grab ever explored by a K-drama, where rich people (or person) seeks eternal life and in the process uses actual kids (and adults like gangsters and homeless) in clinical trials and basically every test subject dies (like hundreds if not thousands of people) and it’s all like “eh, what’cha goin’ do ’bout it” with people who are trying to stop them in the slowest way possible. In this drama there is actually a character who has stopped aging, another turning back the aging clock using pills, a person with super power strength, another with super intelligence, you name it and it’s there but the drama is so clinical, so antiseptic, so blase about all that wild stuff and presents it like it’s just all about a hero bringing justice by stopping baddies as if this was your garden variety K-drama thriller such as a ganglord having a judge in his pocket or a police chief who is corrupt. It’s like feeling a 7.5 earthquake and buildings are collapsing around me but the person next to me thinks it’s just mere shaking. Anyhoo, not complaining just perplexed, and honestly even this weirdness is still fun to watch because this drama rests solely on Namgong Min and his complex Jung Woo. It really is that a good actor can read a phone book and I’d watch that lol.

END_OF_DOCUMENT_TOKEN_TO_BE_REPLACED 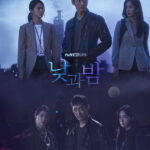 After MBC underrated gem Kairos ended, I’ve migrated to tvN thriller Awaken (Night and Day) to satiated the who-dun-it craving in me. When I’m in the mood for procedures then I’m all in, and thankfully Awaken has been there to … END_OF_DOCUMENT_TOKEN_TO_BE_REPLACED 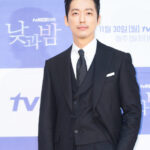 Cable network tvN pulled a switch up this month, airing Birthcare Center in the Mon-Tues slot after Record of Youth but it was only an 8-episode drama. My mental scheduling was thrown off track but it’s back on my radar … END_OF_DOCUMENT_TOKEN_TO_BE_REPLACED 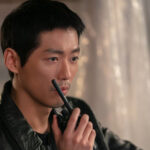 Three drama stills and three totally different vibes from Namgong Min in his upcoming K-drama Awaken. He got lots of praise and awards nominations for last year’s hit Stove League but lost out in the end so maybe 2021 will … END_OF_DOCUMENT_TOKEN_TO_BE_REPLACED 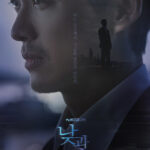 It’s like a jolt of awesome when I saw the first promos for upcoming tvN Mon-Tues drama Awaken (Korean title Night and Day). It’s like the production knows its top asset is male lead Namgong Min and is putting all … END_OF_DOCUMENT_TOKEN_TO_BE_REPLACED 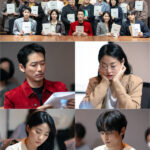 tvN’s final Mon-Tues drama of 2020 is ready to start filming and the time slot is going to go from aspirational Record of Youth to medical miracle heartwarming Birthcare Center to dark procedural Awaken (Night and Day). The leads of … END_OF_DOCUMENT_TOKEN_TO_BE_REPLACED 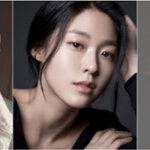 This is one casting combo where I think the two female leads should be swapped. tvN has confirmed the main cast of upcoming Mon-Tues procedural mystery drama Awaken (Korean title Night and Day) with Namgong Min, Seolhyun, and Lee Chung … END_OF_DOCUMENT_TOKEN_TO_BE_REPLACED