There seems to be a stream to come of South Korean movies dealing with the Japanese occupation era in different topics. One is the January 2023 movie Phantom (Ghost), a remake of the 2007 Chinese movie The Message (which is adapted from the Chinese novel The Sound of the Wind). It’s about the Japanese government kidnapping a group of suspected South Koreans suspected of one being the notorious freedom fighting spy the Phantom. Everyone is placed on a winter storm day in a remote hotel filled with traps and tricks to suss out the Phantom to prevent the upcoming assassination of the newly arrived Governor. The movie stars Sol Kyung Gu, Park So Dam, Honey Lee, Park Hae Soo, Kim Dong Hee, and Seo Hyun Woo with the director of The Silenced and Believer. The poster is simple but the leads are charismatic to make the viewer look closely but I wonder why it couldn’t be extended another inch to the right as poor Sol Kyung Gu literally has his face cut in half ha.

END_OF_DOCUMENT_TOKEN_TO_BE_REPLACED

The first stills and images are out for the sci-fi Korean movie The Moon, which is continuing a recent trend of sci-fi projects first with Space Sweepers in 2020 and coming soon the Netflix original drama Sea of Silence. Now … END_OF_DOCUMENT_TOKEN_TO_BE_REPLACED 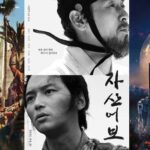 The nominations are out for the 2021 year end Blue Dragon Film Awards, which only fetes the big screen works and remains the most prestigious of the cinematic only prizes in South Korea. This year the nominations are a mix … END_OF_DOCUMENT_TOKEN_TO_BE_REPLACED 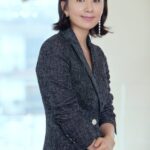 The two-part (so far) fantasy K-movies Along With the Gods broke box office records and is among my personal faves for how well it adapted the expansive source manhwa into a thrilling big screen romp. The director’s next film is … END_OF_DOCUMENT_TOKEN_TO_BE_REPLACED

Won Bin might be the most reluctant movie star in South Korea. But I guess he can afford to be picky because he gets ton of CFs that can sustain a career when he’s not making movies. I know fans … END_OF_DOCUMENT_TOKEN_TO_BE_REPLACED

The Korean acting industry is much like Hollywood in that its biggest movie stars rarely return to the small screen once they have transitioned successfully to a movie career. Viewers watching Korean dramas may think certain actors or actresses must … END_OF_DOCUMENT_TOKEN_TO_BE_REPLACED