Expectation will be this drama’s best friend if it succeeds and it has a chance. Upcoming tvN sageuk drama Secret Royal Inspector Joy is giving off full blown comedy vibes, physical, verbal, and supremely silly especially in a sageuk setting almost like a fish out of water. There was the same vibe in the first few episodes of Queen Cheorin (Mr. Queen) and that really hooked K-viewers. Of course Shin Hye Sun is an extraordinary actress and her performance made it work but here it’s just Taecyeon being Taecyeon lol when it comes across as silly. Luckily he has Kim Hye Yoon playing the straight (wo)man as his foil and partner in crime (solving) and she’s got really impeccable comedic timing. The latest previews make me feel this drama will either be a hit for those who are in the mood for sweet and silly or a miss for those who find this take on a K-drama sageuk distasteful. I’m definitely in the former camp but it still only works if the drama has a well written story and characters we can root for.

END_OF_DOCUMENT_TOKEN_TO_BE_REPLACED 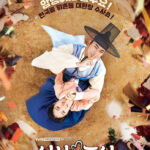 Every time I see the title of tvN sageuk Inspector Joy I read it as Inspector Gadget which totally dates me but ah those were the idyllic times of after school cartoons. A good hearted bumbling inspector is what I … END_OF_DOCUMENT_TOKEN_TO_BE_REPLACED 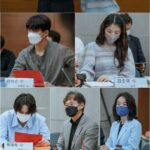 Okay, this could actually work, because it’s a sageuk that’s definitely not trying to be on the traditional path. And that non-traditional element allows male lead Taecyeon, who is beyond modern man in the vibe he gives off and lacks … END_OF_DOCUMENT_TOKEN_TO_BE_REPLACED 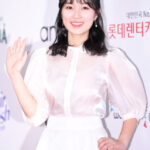 Remember when I said the upcoming fall/winter season was going to be sageuk Heaven? It’s coming fast and furious – we have Lovers of the Red Sky airing, then comes The King’s Affection (Yeonmo) in October, followed by The Red … END_OF_DOCUMENT_TOKEN_TO_BE_REPLACED 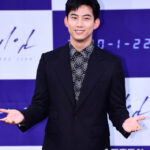 It’s from one fire into another for idol-actor Taecyeon, he’s just wrapped Vincenzo a few weeks ago and is diving right into his next drama. He’s taking on another challenge after doing the psychopath villain role in Vincenzo, this time … END_OF_DOCUMENT_TOKEN_TO_BE_REPLACED

Awwww, this wasn’t the cast original set out and isn’t the one that I would have preferred. Upcoming sageuk drama Secret Royal Inspector and Jo Yi was originally set to star Jo Byung Gyu after his breakout hit with The … END_OF_DOCUMENT_TOKEN_TO_BE_REPLACED 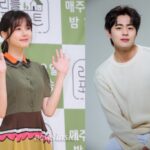 The casting train is moving fast for high flying K-actor Jo Byung Kyu‘s next drama, likely to keep it fresh of mind just off the highly rated recently finished airing OCN drama The Uncanny Counter. His next drama will be … END_OF_DOCUMENT_TOKEN_TO_BE_REPLACED