Hooboy, it’s always about the denials and deflections that come back to bite you. A sorta non-story last week was news that TVXQ‘s squeaky clean image Yunho was detained by police for breaking COVID-19 curfew (10 pm) at a restaurant. He posted an apology to his fans and everyone thought it was no biggie, Yunho was out with two friends and the trio must’ve been eating and drinking and lost track of time. A week later all hell has broken loose after MBC news ran an exclusive expose that revealed: Yunho was at an adult drinking establishment (i.e. a place where ladies drink with you and then do more if you pay for it) that was unmarked and in a high rise building and required a reservation to get in (i.e. it’s super shady and covert place), and when cops busted it Yunho’s two friends fought with the cops to help Yunho run away without being detained as he was a famous person. Okay, so this is spilling some major tea MBC! I can imagine how some PD found Yunho’s “apology” full of crap and went “hold my beer!” and did some digging. When MBC reporter went undercover at the drinking establishment, they found rooms and ladies in the hallway and was told a reservation was needed to go inside. SM Entertainment has released a statement that denied Yunho ran away from police, and explained Yunho went to that “place” which was owned by his friend to “talk” (okay Jan lolololol), he didn’t know what that place was (you’re killing me, SM!) and there were no female employees of that place in the room they were talking in (seriously, I’m dying here……). K-netziens went from praising Yunho for coming clean for a simple curfew violation (good boy!) to completely disappointed and angry that one of the few clean image stars in K-ent has too shown his real colors. Me too, honestly I’m not castigating him for going to an adult joint since it’s totally consensual transaction but trying to keep his good boy image at all costs is douchey.

END_OF_DOCUMENT_TOKEN_TO_BE_REPLACED

The tagline for the Tod’s event in Seoul this week was “No_Code” but it may as well be “No_Style”. I dunno what’s gotten into the male stars in attendance but imma give them all a hard pass when I laid … END_OF_DOCUMENT_TOKEN_TO_BE_REPLACED 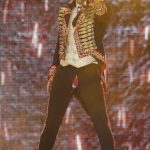 I can only say this was the perfect confluence of events to generate priceless coverage for Yunho‘s return to the music world after two years away in military service. This weekend was the annual SM Town concert in Seoul where … END_OF_DOCUMENT_TOKEN_TO_BE_REPLACED 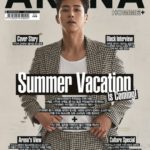 My timing now seems spot on when I covered Yunho‘s return from the military recently and first magazine spread in this month’s Arena Magazine. I mentioned that he’s likely going to return to his acting side job along with his … END_OF_DOCUMENT_TOKEN_TO_BE_REPLACED

I’m not a Yunho fan but any Korean male star who dutifully and earnestly does his military service and comes back yummier is good in my book. DBSK is still short one member with Changmin still in the military but … END_OF_DOCUMENT_TOKEN_TO_BE_REPLACED 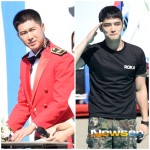 Now I’m wondering if the media has tons of secret YoonJae shippers, how else to explain why K-ent overly covered the week end military performance event where former DBSK group mates Yunho and Jaejoong were in joint attendance. Yunho was … END_OF_DOCUMENT_TOKEN_TO_BE_REPLACED

This is a worth reading commentary from a veteran Korean television critic on the recent batch of idols acting in K-dramas. Published in entertainment news MBN, the critic rated the performances from the August-September dramas where veteran to newbie idol-actors … END_OF_DOCUMENT_TOKEN_TO_BE_REPLACED

This is a fun little dating rumor to come out of drama land, of which we have to all admit has been royally lackluster lately in terms of quality or buzz. An insider on the MBC set of the fantasy … END_OF_DOCUMENT_TOKEN_TO_BE_REPLACED

This might be the weakest Mon-Tues line up in recent memory with all three dramas neither getting any buzz nor ratings. Temptation is actually intriguing without being tawdry but the subject matter isn’t for everybody while Lovers of Music (Trot … END_OF_DOCUMENT_TOKEN_TO_BE_REPLACED

It’s August so time for a ghostly K-drama to arrive much as one always does every August during the traditional ghost month of the Asian lunar calendar. Last year there was the double serving of The Master’s Sun and Who … END_OF_DOCUMENT_TOKEN_TO_BE_REPLACED

I do plenty of fanservice posts but its almost always for my own fangirling needs. This one is purely a “making the universe a better place” post by highlighting how it was a very very VERY good week for YunJae … END_OF_DOCUMENT_TOKEN_TO_BE_REPLACED

Records of a Night Watchman is still giving me a split opinion headache, but luckily my expectations are so low it’s not going to be upsetting if the end product skews towards unwatchable rather than unexpectedly fun. The official drama … END_OF_DOCUMENT_TOKEN_TO_BE_REPLACED

Can’t believe I’m saying this but Yunho may just be well-suited to look the part in a sageuk role. Whether he can act the part is a giant question mark, but the big jaw I tease about him seriously makes … END_OF_DOCUMENT_TOKEN_TO_BE_REPLACED