I think audiences who are going to tune in for upcoming MBC Mon-Tues drama Monster (Tyrant) will be doing so for the screenwriter as much as the talented cast. Writer Jang Young Chul rocketed to fame thanks to Giant and since then has penned a slew of well-received dramas from Incarnation of Money, History of the Salaryman, and Empress Ki. This will be the second time leading man Kang Ji Hwan has worked with writer Jang and hopefully Monster will bring back the scope of Giant and make the most of the cast which also includes Sung Yuri, Park Ki Woong, Soo Hyun, and a guest starring appearance by Bolin Chen.

The first poster above makes Kang Ji Hwan look more like a dungeon master than a monster but his expression is certain ominous, though I’m guessing he can’t possibly be all bad and will likely be the kind of shades of grey male lead who makes audiences root for his bad acts if it’s against even badder people. The couples poster is really lovely and brings back my Hong Gil Dong feels. The new batch of drama stills below for the main cast continue to sell the visuals even if it’s going to take a darn good story to keep my interest for the full 50-episodes. I’m hoping that happens since it’s been too long since I’ve followed a long drama. 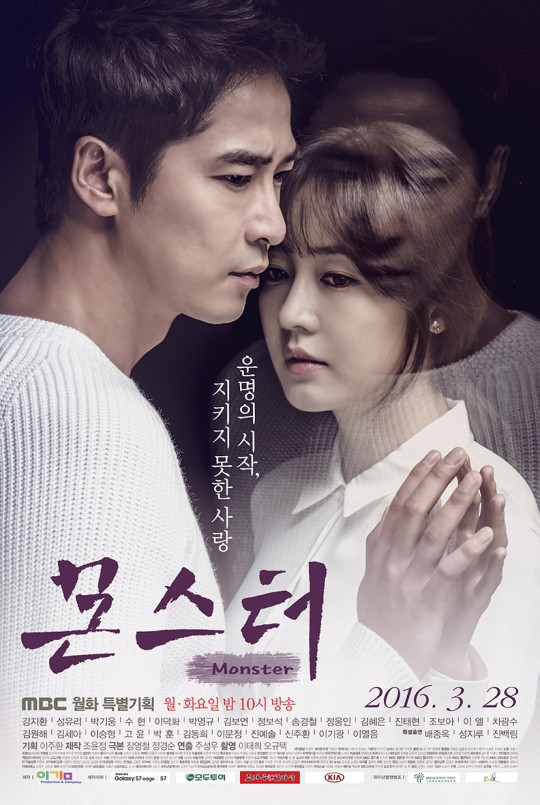