Get ready for more doctor dramas in the near future if that’s the reason for the winning success of Romantic Teacher Doctor Kim, on top of the winning success of Doctors. SBS has now aired two hit Mon-Tues medical dramas, first Doctors in the summer and now Romantic Teacher, and in between was the epic disappointment and much more hyped up star-studded sageuk drama Moon Lovers: Scarlet Heart: Ryeo. Romantic Doctor started off with 9.5% AGB nationwide in its first episode and successive episodes have seen ratings jump in one to two percent, with the most recent episode 8 jumping another 2.9% to garner 21.7% ratings. The competition in Night Light and the ending soon The Man Living in Our House brings in low single digit ratings even as alternative programming with a melodrama and rom-com. The success of Romantic Doctor is even more impressive than SBS winning Wed-Thurs with Legend of the Blue Sea which has yet to break 20% ratings. END_OF_DOCUMENT_TOKEN_TO_BE_REPLACED 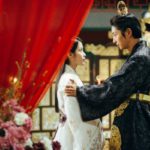 A win in the final stretch of a run is nothing to scoff at, and for what it’s worth a nice way to cap things off. With the ending of highly rated youth sageuk romance Moonlight Drawn by Clouds last … END_OF_DOCUMENT_TOKEN_TO_BE_REPLACED 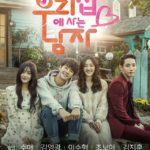 It’s goodbye adorable young love sageuk Moonlight Drawn by Clouds, which ended this week, and hello cohabitation rom-com The Man Living in Our House, which takes over the Mon-Tues time slot on KBS. Starring Su Ae as a bumpy in … END_OF_DOCUMENT_TOKEN_TO_BE_REPLACED 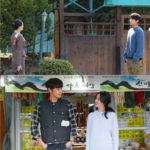 Leave it to Su Ae to appear so effortlessly a rom-com female lead when she’s been away from the genre for nearly a decade which has been spent doing dark melo roles. She’s back in fine form in the first … END_OF_DOCUMENT_TOKEN_TO_BE_REPLACED 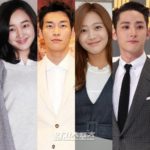 There will be a contrasting selection of Mon-Tues K-dramas coming in late fall, and which one piques your interest may depend on mood as the casting has been finalized and both are packed with plenty of talent. Arriving first at … END_OF_DOCUMENT_TOKEN_TO_BE_REPLACED