How serious you think of the recent drug scandal with T.O.P. (Choi Seung Hyun) of Big Bang likely hinges on a variety of factors. Whether you’re a T.O.P. and/or Big Bang fan, whether you think smoking pot is none of your business or a criminal offense, and whether you think the transgression is even worse because he’s a celebrity who should be extra careful about his behavior. There are certain actions that do vary in degree of criminality depending on the country and smoking marijuana happens to be one of them. It’s legal in some countries and in the United States legal in some states, but in South Korea it remains an illegal drug along with many other more dangerous substances, so T.O.P. has admitted he smoked week back in October 2016 and accepted the punishment of getting kicked out of the cushier police service and re-enlisting in the army, along with probation and likely community service. Last week he overdosed on prescription sleeping medicine but after a few days is conscious and appears to suffer no lasting ill effects. That’s a relief and his agency has moved him from one hospital to another in order to get more privacy. I hope he gets back on his feet and moves on with his life while handling the ramifications of his actions. END_OF_DOCUMENT_TOKEN_TO_BE_REPLACED 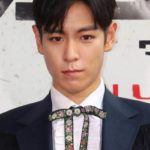 The eye of the scandal is likely the hardest to withstand as the zero-to-everything scrutiny descends from the media and public alike. T.O.P.’s charges for marijuana use isn’t all that surprising considering there have been more than a few big … END_OF_DOCUMENT_TOKEN_TO_BE_REPLACED 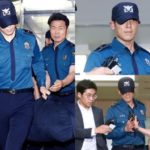 When one is embroiled in a major scandal where it’s pretty cut and dry that the activity did take place, abject and sincere apology is the best way to go especially in a morally uptight culture like South Korea. Top … END_OF_DOCUMENT_TOKEN_TO_BE_REPLACED 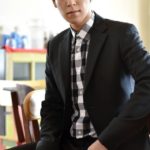 Things are looking dicey for idol-actor T.O.P. (Choi Seung Hyun) who has become the latest K-star to get into a scrape with the law. Unlike the messier relationship scandals that have sunk the reputations of stars such as Yoochun, Park … END_OF_DOCUMENT_TOKEN_TO_BE_REPLACED 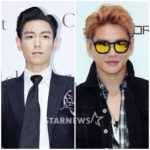 The revolving door that is mandatory military service in South Korea is taking two new recruits in while returning one back to civilian life this month. Pushing the very limits of enlistment deadline are two top idols finally shaving their … END_OF_DOCUMENT_TOKEN_TO_BE_REPLACED 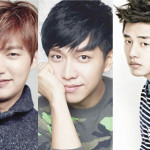 January 13th is my boy Lee Seung Gi‘s birthday, which makes the first birthday of a major Korean star in this new year 2016, and with it comes the reminder that it’s starting to go down to the wire for … END_OF_DOCUMENT_TOKEN_TO_BE_REPLACED 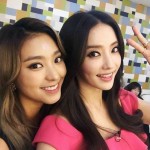 It’s so cute when celebrities recognize their own lookalikes, it saves fans the trouble of doing double takes. Last week Sistar‘s Bora ran into K-actress Han Chae Young at an event and the two took a selfie asking their fans … END_OF_DOCUMENT_TOKEN_TO_BE_REPLACED 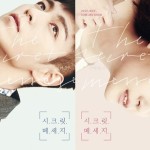 Remember that drama Big Bang‘s T.O.P. and J-actress Ueno Juri? It has a title and an airdate right around the corner, and judging from the official drama and character posters will definitely be high on the visual prettiness.The Secret Message … END_OF_DOCUMENT_TOKEN_TO_BE_REPLACED 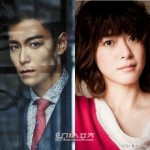 This casting news is a bit random but also inconsequential enough to get up and arms about the acting talent disparity. Entertainment company CJ E&M is producing a web drama starring Big Bang‘s T.O.P. and Japanese actress Ueno Juri, with … END_OF_DOCUMENT_TOKEN_TO_BE_REPLACED