The fashion do’s and don’ts remain my favorite past time for awards shows, mostly because I can’t bother to care about winners that sometimes feel arbitrary or tied to popularity. The 2018 54th Annual Baeksang Arts Awards took place Thursday night on May 3rd in Seoul and the award winners were actually quite spot on picks for the most part. Best Drama went to Secret Forest and male lead Jo Seung Woo was crowned Best Actor with Kim Nam Joo taking home Best Actress for Misty. Overall tvN won the night as Mother and Wise Prison Life also won awards. The fashion was nearly all black and white as epitomized by Suzy and Park Bo Gum walking the red carpet together as the MCs (along with veteran Shin Dong Yup). They look adorable together if this was a preview for maybe doing a drama together with People of Incheon Airport. Check out all the winners along with the star studded tuxes and gowns below! 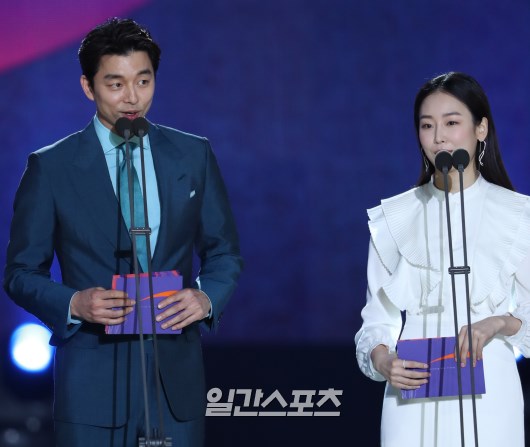