I can’t fault the hordes of media stationed outside the memorial location for deceased singer-actor Alien Huang (Xiao Gui), it’s the biggest entertainment news on the island and remains such a shocker. Alien was confirmed to have passed from a massive heartache brought on by aortic dissection, when there is a fatal tear in his heart aorta. He was friends with basically everyone in TW-ent from the veterans to the newbies so many many people paid a visit on the first day of his memorial service. I expect those not here to come in the coming days. Going in solemn and coming out teary eyed was everyone present including ex-girlfriend and still bestie Rainie Yang, also high school classmate Tiffany Ann Hsu, Janine Chang, married couple Xiu Jie Ke and Alyssia Chia, Kid, Ming Dao, Tony Yang, Blackie and his wife, Gui Gui (Wu Ying Jie), married couple Kun Da and Alice Ke, and even disgraced star Show Luo showed up after hours when the media was gone so as to not cause a distraction. I expect even more stars to arrive in the coming days including Ruby Lin and Wallace Huo (who already sent a giant flower arrangement), Joe Cheng, Bolin Chen, Gwei Lun Mei and more are all friends and/or worked with Xiao Gui in his nearly 20 years in the industry.

END_OF_DOCUMENT_TOKEN_TO_BE_REPLACED 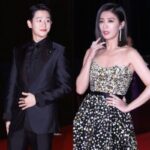 This weekend was the 2019 Golden Bell Awards in Taiwan, their version of the Emmy’s feting the best of television for the year. The big winner was, not surprising at all, cable drama The World Between Us (Our Distance to … END_OF_DOCUMENT_TOKEN_TO_BE_REPLACED 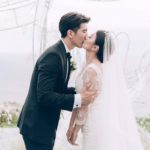 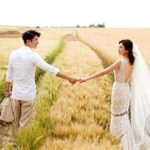 I love the IDGAF attitude of TW-actress Alyssia Chia in her second go-around at love. She’s so open and working hard at it, and looking amazing for being 44-years old and the mother of three daughters. Alyssia retired at the … END_OF_DOCUMENT_TOKEN_TO_BE_REPLACED 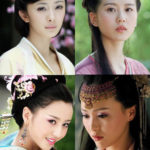 Chinese period story fans are have very very high standards when it comes to opinions about onscreen period beauties. There’s modern beautiful which doesn’t always dovetail with period beauty wondrous, and in between plenty of pretty actresses have flailed in … END_OF_DOCUMENT_TOKEN_TO_BE_REPLACED 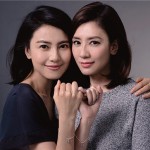 What a lovely reunion, made all the more special because of the longevity of the friendship and the charitable cause in question. The two leading ladies of the 2003 C-drama adaptation of wuxia novel Heavenly Sword and Dragon Sabre reunited … END_OF_DOCUMENT_TOKEN_TO_BE_REPLACED 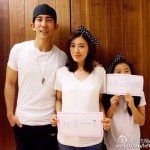 Taiwan entertainment is a veritable good news gold mine this year, with the five months of 2015 already chock full of celebrity weddings and pregnancies. Some are unexpected because the ladies in question are on the younger side, but this … END_OF_DOCUMENT_TOKEN_TO_BE_REPLACED

Reunions stemming from fond memories are the best. Even though people have aged, with it comes an appreciation for the moment in time long ago as well as the current state. Of Louis Cha‘s famous Condors trilogy, which is really … END_OF_DOCUMENT_TOKEN_TO_BE_REPLACED