The Joo Jin Mo phone hack scandal and the ensuing public reaction is nuanced in many ways and the biggest victim appears to be Jang Dong Gun. Even Joo Jin Mo is a victim because his phone got back and private conversations were made public, and those conversations the public had no right or expectation to see even if Joo Jin Mo was a public figure as an actor. His good friend Jang Dong Gun even more so since he was texting with Joo Jin Mo and it wasn’t even his phone hacked or he who refused to pay the blackmailer hence the texts being leaked.

All the texts revealed were the two friends in 2013 being hella gross, sleazy in talking about women, having sex with women, and sharing sexy pictures, none of which are illegal, though in Jang Dong Gun’s case it probably makes him an adulterer since he was already married to Go So Young. But that’s between him and his wife and she appears quite pissed. The couple rushed off to Hawaii with their kids after news broke and was spotted looking quite tense there and not talking. Eyes, the be everywhere in the smartphone era. END_OF_DOCUMENT_TOKEN_TO_BE_REPLACED 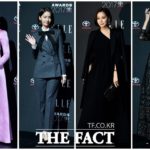 I don’t recall a drearier event than last weekend’s 2017 Elle Korea Awards to celebrate K-star fashions. The pitch black logo screen is one of the culprits and then things got worse when most of the stars wore black or … END_OF_DOCUMENT_TOKEN_TO_BE_REPLACED 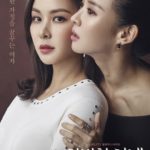 There’s an off-kilter vibe emanating from upcoming KBS drama Ms. Perfect (The Perfect Wife), what with the American Gothic first drama poster and now the doppleganger Single White Female mood in the second. The drama is about Go So Young‘s … END_OF_DOCUMENT_TOKEN_TO_BE_REPLACED 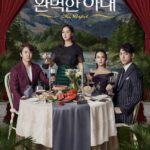 Ten years is the perfect time to wrap up an acting hiatus to call it a decade break, and that’s exactly how long actress Go So Young has been away from the screen. She’s coming back in the upcoming KBS … END_OF_DOCUMENT_TOKEN_TO_BE_REPLACED