When casting started for MBC fantasy-romance-thriller drama W, it felt so far away and rather nebulous. There might be a bend in the time-space continuum because suddenly the drama is getting a full cast and premiere date is a little over two months away. It’s still plenty of time but this ambitious drama about parallel dimensions suddenly seems real. Starring Lee Jong Seok and Han Hyo Joo, the supporting cast has now been confirmed to include Eugene Jung, Lee Tae Hwan, Lee Si Eun, and Kang Ki Young. Eugene Jung and Lee Tae Hwan play the mysterious male lead Lee Jong Seok’s secretary and bodyguard respectively, while Lee Si Eun and Kang Ki Young will be acting with Han Hyo Joo mostly with her playing a doctor character. There is apparently disappearance and kidnapping to go along with the parallel universe setting, with the production team of Queen In Hyun’s Man and Nine: Nine Times Times Travel behind this drama. END_OF_DOCUMENT_TOKEN_TO_BE_REPLACED 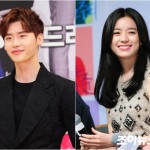 This is most excellent drama casting news for me, not sure if anyone else finds this as promising as I do but it’s certainly big name catches for MBC. The summer 2016 K-drama season is shaping up to be intense … END_OF_DOCUMENT_TOKEN_TO_BE_REPLACED 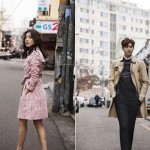 Looking ahead to the start of summer 2016, the coveted prime time Wed-Thurs lineup got finalized this week in terms of dramas scheduled. KBS had famed screenwriter Lee Kyung Hee penned Arbitrarily Fond with Kim Woo Bin and Suzy locked into that … END_OF_DOCUMENT_TOKEN_TO_BE_REPLACED