Oh I like this male lead pick! A day after news that Kim So Hyun was taking on modern romance K-drama Is It Coincidence the male lead has been announced as likely Chae Jong Hyeob. He was the best thing in the messiest of hot mess dramas that was Sisyphus: The Myth but hasn’t since delivered on that potential in terms of hits. The closest was being the nice second male lead in Nevertheless which doesn’t help that the female lead is as toxic as the male lead and they feed off each other’s dysfunction. This will be a great role for him to be Kim So Hyun’s male lead in Is It Coincidence and the closer in age casting as well as his baby face helps sell the “first loves reunite for a second chance” story here.

END_OF_DOCUMENT_TOKEN_TO_BE_REPLACED 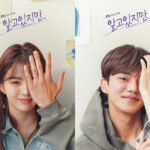 A cohesive picture is always more telling about a story than just reading a chapter at a time. Perhaps jTBC drama Nevertheless should have been a Netflix produced series where all the episodes drop at once. It never delivered on … END_OF_DOCUMENT_TOKEN_TO_BE_REPLACED 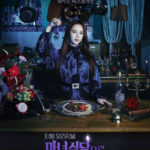 The fantasy genre in K-dramas continues to go strong and up next is streaming platform TVING with Welcome to Witch’s Restaurant. I’ll confess to probably letting this one slip by but for the fact that it stars Nam Ji Hyun … END_OF_DOCUMENT_TOKEN_TO_BE_REPLACED

Ooooooh, this looks so tasty a drama dish! The first stills are out for the fantasy drama The Witch’s Diner (Welcome to the Witch’s Restaurant) airing this July on streaming platform TVING. Starring Song Ji Hyo as the titular witch … END_OF_DOCUMENT_TOKEN_TO_BE_REPLACED 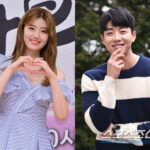