I write about dramas and industry not just in Korea but also covering Taiwan, Japan, and Mainland China so the recent uptick in articles on the latter is solely because so much wild stuff is happening there some of which are just alarming. In addition to the recent 8-points memo from the Chinese broadcasting authorities to reorganize C-ent on television, consumption, and fan culture, the government is also cracking down on foreign citizenship. The Restriction on Citizenship order is reportedly issued and decrees that no foreign citizens can work in C-ent and make money in C-ent. This is intended to curb both foreign stars from coming over but more importantly force C-stars with dual citizenship to pick a side. Immediately came news that HK-star Nicholas Tse, son of HK veteran legend Patrick Tse and of course himself a top star, has filed to relinquish his Canadian citizenship. Also young C-actor Chen Fei Yu who debuted as the lead of period drama Ever Night and is the son of top Chinese director Chen Kaige who directed Farewell My Concubine, has filed to relinquish his US citizenship. The Wu Yi Fan scandal shed light on the dual citizenship of many stars since he was a Canadian citizen so the Chinese government is also trying end that optionality for its stars. Basically if you want to make Chinese money then you’re going to have to pick a side, the China side.

END_OF_DOCUMENT_TOKEN_TO_BE_REPLACED 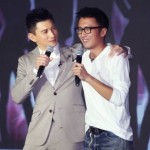 Korean has the Mnet girl group music competition Produce 101, now comes the C-version that is getting way more attention for the producers and judges than the actual competition roster. It’s basically the bromance of the two Nics and I … END_OF_DOCUMENT_TOKEN_TO_BE_REPLACED 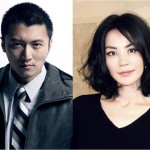 Two huge gossipy items in the same week is totally manna from Heaven for C-ent, not to mention the huge stars involved. First up is HK superstars Faye Wong and Nicholas Tse, they of the romance of the ages (and … END_OF_DOCUMENT_TOKEN_TO_BE_REPLACED

The confirmed Nicholas Tse–Faye Wong reunion train has left the station and is understandably gaining steam. It seems like everyone whether HK-C-TW entertainers or the public has something to say about it. The yay team think it’s uber-romantic that a pair … END_OF_DOCUMENT_TOKEN_TO_BE_REPLACED

If the recent explosive rumors about Faye Wong and Nicholas Tse are all true, then real life is surely way more fantastical than even fanfiction. Hot on the heels of an intrepid paparazzi team that staked out HK singer-actress Faye … END_OF_DOCUMENT_TOKEN_TO_BE_REPLACED

I don’t write about HK entertainers much since by and large I’ve stopped watching TVB and ATV HK-dramas. HK movies have also declined from the Golden Age in the late 80’s through the late 90’s in terms of creative and fun … END_OF_DOCUMENT_TOKEN_TO_BE_REPLACED