OMG, Anchor-nim is coming back! I’m just emerging from my Find Me in Your Memory better late than never obsession for the past two weeks so this news is like manna from Heaven. Kim Dong Wook is confirmed for a new drama and not one as dark and DARK as his most recent The King of Pigs. He’s going to headline a KBS Wed-Thurs drama Met You by Chance with confirmed female lead Jin Ki Joo. She’s still waiting for a big hit but has always gotten solid reviews for all her recent headlining dramas with probably the most cult favorite being Come and Hug Me with Jang Ki Yong. Met You by Chance is set in 1987 as the two leads time travel back to that era with him trying to solve a serial murder and her trying to prevent her parents marriage. Dang, someone doesn’t want to be born haha. He’s playing a news reporter turned anchor, a calm direct person who is considerate to others. She’s an aspiring writer and the two cross paths and find out their lives are more intertwined then they realized. I hope this drama is as good as these two deserve and if it is then I might as well inject it into my veins the way I have with Find Me in Your Memory.

END_OF_DOCUMENT_TOKEN_TO_BE_REPLACED 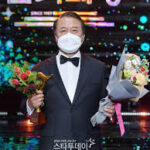 The 2020 KBS Drama Awards was a free for all as well, and a mix of face masks, social distancing, and still walking the red carpet. The bulk of the awards went to the various cast members of weekend drama … END_OF_DOCUMENT_TOKEN_TO_BE_REPLACED 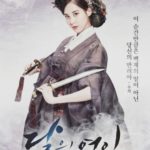 Lest we forgot it’s just OTP romance and/or princes in the upcoming K-drama adaptation of Bu Bu Jing Xin, the production is officially introducing the last piece of the cast pie in the supporting female cast and one funny man … END_OF_DOCUMENT_TOKEN_TO_BE_REPLACED