The show must go on and Disney is going ahead with the scheduled March 2020 premiere of it’s highly anticipated live action Mulan movie. Starring Crystal Liu, Donnie Yen, Jet Li, Gong Li, Yosan An, and Jason Scott Lee, the movie adapts the hit animated film from the studio but without tiny dragon Mushu and also all that singing. The movie was predicted to make gobs of money in Mainland China but alas all movie theaters have been closed since February to keep people from social closed quarters gatherings so the Chinese premiere has been postponed. But the US premiere red carpet night was this week and the entire cast attended with a rare Asian dominated star studded night. Love Crytal’s dress and love even more the positive and strong reviews from critics and industry insiders who watched the movie at the VIP premiere. END_OF_DOCUMENT_TOKEN_TO_BE_REPLACED 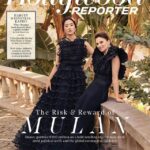 On principal alone I want this movie to succeed. The upcoming Disney live action version of its animated Mulan starring Crystal Liu (Liu Yi Fei) is a story about a strong Chinese folk heroine starring a Chinese actress and directed … END_OF_DOCUMENT_TOKEN_TO_BE_REPLACED 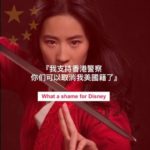 I’m going to try and lay out both sides and hopefully people don’t get too riled up. I think the issue with the HK protests going on 2 months now are viewed from completely diametric lenses where there is no … END_OF_DOCUMENT_TOKEN_TO_BE_REPLACED 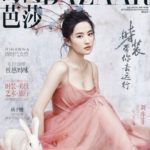 Now this is what I call a legit huge casting news – after months of casting calls and a worldwide search, Disney has cast C-actress Crystal Liu (Liu Yi Fei) in the titular role of Mulan for the upcoming live-action … END_OF_DOCUMENT_TOKEN_TO_BE_REPLACED