At this point among the Big 3 networks it’s only SBS who had a good year, MBC and KBS may have delivered some good dramas but never got any ratings traction. That leaves SBS with the biggest decision to make on who gets the year end Daesang at the 2020 SBS Drama Awards. Pundits say the decision is between Namgong Min for Stove League and Han Seok Kyu for Romantic Teacher, Doctor Kim 2, and I say Namgong Min ALL THE WAY. He’s not just long overdue, the drama was fantastic and Han Seok Kyu won the SBS Daesang in 2016 already for the first season of the drama. Spread the love SBS! There is also talk about the three ladies in currently airing hit makjang drama Penthouse, which is poised to break 20% ratings but then who among the three leads Lee Ji Ah, Kim So Yeon, and Eugene should be credited with its success? Decisions, decisions.

END_OF_DOCUMENT_TOKEN_TO_BE_REPLACED 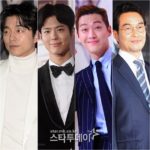 The nominations are out for the 53rd annual Baeksang Arts Awards, to be held on May 3rd in Seoul. Leading the pack on the television side of the nominations is last year’s runaway cable drama hit Goblin: The Lonely and … END_OF_DOCUMENT_TOKEN_TO_BE_REPLACED 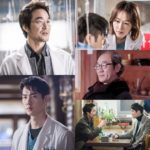 Combining together three veterans may have played a big role in creating the winning formula for the recently finished SBS Mon-Tues drama Romantic Doctor, Teacher Kim. Veteran Han Seok Kyu played the titular Romantic Doctor and got awarded with the … END_OF_DOCUMENT_TOKEN_TO_BE_REPLACED 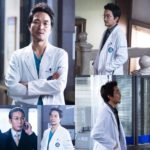 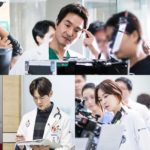 The impending conclusion of Moon Lovers: Scarlet Heart: Ryeo means SBS can return to the winning formula on Mon-Tues with the medical themed drama Romantic Doctor, Teacher Kim. Its title is basically the underpinnings of the last SBS medical drama … END_OF_DOCUMENT_TOKEN_TO_BE_REPLACED