Filming has kicked off for the C-drama adaptation of period fantasy romance novel Hidden God, the sequel in the same story that was Ancient Love Poetry. It will be Zhao Lu Si‘s first role in a xianxia drama (about time!) and she’s got top billing here so if the drama succeeds or fails will definitely impact what the industry thinks of her. I think it’s a good gamble for her and seeing her in costume she definitely looks the part, so cute and adorable in a natural way. I am deathly allergic to C-drama female leads trying to be cute (I won’t name names but goodness there a certain actress who gives me hives) and always sigh in relief when the right actress is cast in roles that are written as cute. Ancient Love Poetry waffled in the first half due to Zhou Dong Yu not being suitable for the innocent role but in this sequel at least Zhao Lu Si looks the part from the get go.

END_OF_DOCUMENT_TOKEN_TO_BE_REPLACED 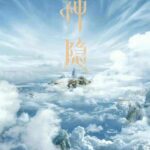 So the upcoming C-drama Hidden God (Shen Yin) did start filming this month in December right on time despite the last minute male lead casting hijinks. The first sneak peeks are here and initially it was only of the two … END_OF_DOCUMENT_TOKEN_TO_BE_REPLACED 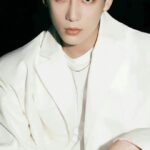 It’s good to have a plan B, or C, D, E, F, lol I don’t know how wide the production of C-drama Hidden God cast the net to so quickly line up a replacement male lead and not impact the … END_OF_DOCUMENT_TOKEN_TO_BE_REPLACED Well this is a totally juicy “what the hell happened behind the scenes” rumored casting scuffle. Today an entertainment blogger claimed that reputable sources are saying that C-actor Jing Bo Ran has “ran off” from the soon to start filming … END_OF_DOCUMENT_TOKEN_TO_BE_REPLACED

I see a theme but don’t know if its intentional or coincidental. Casting is finalized (waiting for official announcement) for the upcoming C-drama adaptation of the web novel Hidden God (Shen Yin 神隐) which is the sequel to the novel … END_OF_DOCUMENT_TOKEN_TO_BE_REPLACED