I’m appreciating the direction the casting for the upcoming K-drama remake of Que Sera Sera is going after original leads Eric and Jung Yumi turned down reprising their own roles a decade later. Their colleagues of their own generation would naturally be compared to them, so how better to use truly fresh faces. Rising actor Wi Ha Joon is in talks for the male lead as of last week and now this week K-ent is reporting that newcomer Jeon So Nee has been offered the female lead. She’s best known for playing the second female lead in tvN slow romance Encounter (Boyfriend) and really not the best actress right off the bat. I remember her mostly for her character being quietly well-written and devolving into the crazy stereotype of doing anything to wreck the OTP romance so she could get the male lead for herself. I find her very easy on the eyes with a classy charisma so her casting sounds great. END_OF_DOCUMENT_TOKEN_TO_BE_REPLACED 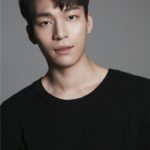 This is a bummer for fans of the original but a chance for something entirely different. Eric and Jung Yumi, who have worked together two times before, were in talks to reunite again on the remake of their own hit … END_OF_DOCUMENT_TOKEN_TO_BE_REPLACED 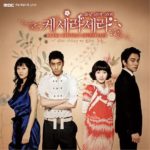 Woah baby, now this is something new for once I haven’t seen before in K-drama land. There is a remake of the 2007 dysfunctional romance K-drama Que Sera Sera in the works and the production is in talks with original … END_OF_DOCUMENT_TOKEN_TO_BE_REPLACED 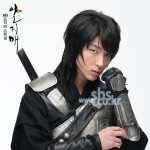 I saw Eric this weekend at KCON. I know this is a post about an upcoming drama but I promise I’ll tie to to the glorious and perfect specimen of a man that is Eric Moon in a second. There … END_OF_DOCUMENT_TOKEN_TO_BE_REPLACED

I realized today that I’ve been blogging on AKP for exactly for six months. I started on June 8, and I took a look at the view count and realized that (holy mother of Zeus!) I am edging close to … END_OF_DOCUMENT_TOKEN_TO_BE_REPLACED