The year end 2017 SBS Drama Awards was really the Ji Sung and Lee Bo Young show, with the married acting couple basically turning the event into their own lovey dovey showcase and honestly that’s fine with me. They are so low key for so long, let them enjoy the limelight for once when both do deserve it. Ji Sung as expected took home the Daesang for his performance in Defendant, which also won Best Drama and was the highest rated prime time drama for the network. Lee Bo Young herself won Top Excellence for Whisper along with Namgong Min for Falsify but he wasn’t in attendance due to being at MBC that night. The questionable wins went to While Were You Sleeping leads Suzy and Lee Jong Seok, both taking home Top Excellence and also winning Best Couple. Overall the awards continued to mostly reflect the ratings and audience feedback but SBS definitely threw in some best employee picks. END_OF_DOCUMENT_TOKEN_TO_BE_REPLACED 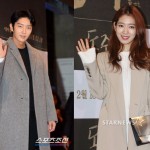 The stars were out at the VIP premiere for indie Korean movie Dongju: The Portrait of a Poet, and the presence mostly skewed young thanks to the headlining star that is Kang Ha Neul. Kang Ha Neul had half of … END_OF_DOCUMENT_TOKEN_TO_BE_REPLACED 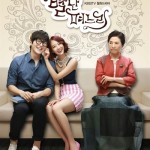 KBS Mon-Tues drama I Remember You (Hello Monster) finished airing last week, a drama I consciously chose to ignore since I don’t like Seo In Guk and only watch Jang Nara dramas if she’s paired up with a leading man … END_OF_DOCUMENT_TOKEN_TO_BE_REPLACED 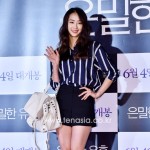 KBS is taking a page from the tvN playbook when it comes to casting an idol in a lead role and then backtracking due to the blow back. News broke on Monday that KBS had offered the female lead in … END_OF_DOCUMENT_TOKEN_TO_BE_REPLACED