Consider me pleasantly surprised and not at all unhappy that the initial gloom and doom prognostications for upcoming otherwordly C-drama Ice Fantasy may not have been warranted. The first teaser trailer is out and does not look bad at all, and in fact look much better than I could have imagined possible. Still iffy on the story and acting but the special effects for the ice and fire magical powers don’t look laughable and half the cast with the white hair as the ice tribe grow on me rather quickly.

I think the outlier remains male lead Feng Shao Feng, he still looks really unnatural and uncomfortable as the Ice Kingdom prince Ka Suo, but Ma Tian Yu as his younger brother actually rocks the blue eyes and arctic hair. Victoria Song also looks fantastic Li Luo, she gets to stick with her black hair but gives off the woman warrior aura effortlessly. Kim Hee Sun in her guest starring role is also quite eye-catching, all in all this trailer didn’t make me cringe and in turn made me sit up to take in the scenes in more detail. Nicely done, production team! END_OF_DOCUMENT_TOKEN_TO_BE_REPLACED 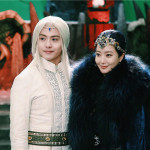 Despite looking like a hot mess in the making, upcoming C-drama Ice Fantasy got the first decent looking aspect of the visuals in the guest staring presence of K-actress Kim Hee Sun. She’s done a C-movie before way back when … END_OF_DOCUMENT_TOKEN_TO_BE_REPLACED 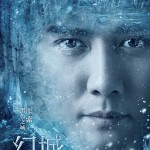 China may be mostly miss when it comes to producing quality C-dramas, but it has the budget and scope to tackle a wider range of projects, especially when it comes to fantasy stories that require a lot of post-production. Case … END_OF_DOCUMENT_TOKEN_TO_BE_REPLACED

Sometimes I wonder if SARFT releases decrees and suggestions and the Chinese networks give a collective shrug and go back to their regularly scheduled programming. A little over a month ago SARFT issued a suggestive letter that it wished all … END_OF_DOCUMENT_TOKEN_TO_BE_REPLACED

I’ve been trying to retrain my brain to tolerate fantasy wuxia dramas, which to me is like the untalented sibling of the overachieving star of the family. It substitutes special effects for story, dumbing down characters because magic and make … END_OF_DOCUMENT_TOKEN_TO_BE_REPLACED

I usually embrace change readily but one thing I remain adamantly old school about are wuxia dramas. I don’t do fantasy wuxia or RPG wuxia because it’s like some weird hybrid of silliness without the epic depth. I’ve watched a … END_OF_DOCUMENT_TOKEN_TO_BE_REPLACED