Every few years K-drama will get super popular in Japan, the trend starting with the granddaddy of them all Winter Sonata and continuing most recently into Crash Landing on You, with plenty in between. But those standalone hits did not seem indicative that K-dramas were fully mainstream there which makes sense since J-doramas are still being churned out in droves. With that said, Netflix has not capitalized on J-doramas and instead it’s focus and investment into K-dramas has yielded the medium conquering Japanese streaming viewing habits. The most recent Daily top 10 in Netflix Japan had 7 K-dramas on the list! Starting with The King’s Affection in the top spot, which I totally understand why J-viewers would love it as it’s so gorgeous to look at on top of a compelling story. Then it’s global hit Squid Game, followed by oldies Touch Your Heart, Crash Landing, then Itaewon Class. Then another Netflix produced drama My Name made the list, with the final K-drama in the top 10 being Hometown Cha Cha Cha. I’m sure not having much J-dorama selection available on Netflix helps direct Japanese viewers to the next most similar thing, I mean there is only so many times one can watch Alice in Borderland.

END_OF_DOCUMENT_TOKEN_TO_BE_REPLACED 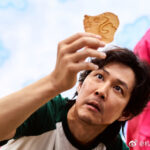 Looks like the Joynews Best Of insider poll this year has split the television programs with the streaming only programs. That’s fine though it would be interesting to see the same program stacking up against each other since where it … END_OF_DOCUMENT_TOKEN_TO_BE_REPLACED 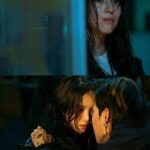 This is so unprofessiona l and such a reminder of the abuse of power by those high up in the entertainment industry disguised as “art”. Rising K-actress Han So Hee got a big career boost this month with the release … END_OF_DOCUMENT_TOKEN_TO_BE_REPLACED 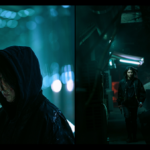 The hype and runaway record breaking success of Netflix K-drama Squid Game hasn’t even died down yet and the streaming platform this Friday dropped the next of it’s original series produced dramas. My Name (Undercover or Nemesis) starring Han So … END_OF_DOCUMENT_TOKEN_TO_BE_REPLACED

It’s so weird going from Ahn Bo Hyun dressed like a hobo space rabbit in the upcoming Yumi’s Cells to him looking smexy and kickass in the also upcoming My Name. He’ll be pulling a Joo Ji Hoon from last … END_OF_DOCUMENT_TOKEN_TO_BE_REPLACED

The year of Han So Hee chugs on and this one looks way more promising in quality than her last drama the jTBC complicated college romance Nevertheless. She’s headlining the Netflix K-drama My Name where she plays a member of … END_OF_DOCUMENT_TOKEN_TO_BE_REPLACED