It’s going to be a fun next few months as Chinese Running Man (Hurry Up Brother) comes back for season 3 of its massively popular run. I personally like watching the C-version more for the awe-inspiring locales around China used for the challenges, and the chance to get to know more Chinese and Taiwanese stars. Not to mention my fondness for the whole cast that’s stuck around since season 1, starting with team captain Deng Cao, who everyone is dying for his mega-fierce real life wifey Sun Li – she of the Legend of Zhen Huan fame – to make an appearance, which might happen this season.

The rest of the team is beyond hilarious with the bromance between manly Li Chen and dorky Chen He, the fake flirting of Angelababy and Zheng Kai, and Wong Cho Lam as the snarky self-deprecating comic relief. This season also sees the arrival of the first flower boy to join the cast, with the most floweriest one of all in former EXO member Luhan. The first episode of season 3 starts next Friday October 23rd. Check out the cute Journey to the West promo pics and the sleekier cast member evolution stills. END_OF_DOCUMENT_TOKEN_TO_BE_REPLACED 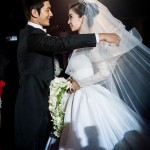 Money was clearly no limitation for the lavish and star-studded wedding ceremony of top Chinese stars Huang Xiaoming and Angelababy. It was as luxurious and over-the-top as Jay Chou‘s nuptials to Hannah Quinlivan last year, minus only the English castle … END_OF_DOCUMENT_TOKEN_TO_BE_REPLACED 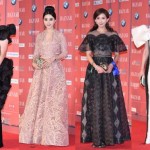 There was plenty of glitter acros s both sides of the strait this past week – Taiwan held its highest television honors with the Golden Bell Awards while the popular Chinese and Korean stars alighted for the Bazaar Star Charity Night in Beijing. … END_OF_DOCUMENT_TOKEN_TO_BE_REPLACED