This the most entertaining C-ent news story of the week, probably of the month for me for how embarrassing it must be for the rich men involved and the ladies unable to deny the exact same pictures. Like, the picture above I’ve now seem three different women in the exact same shot and that poor apple! The whole table is probably plastic food and fruit making this even funnier ahahahah. Anyhoo, this whole mic drop started from one post by uber rich Chinese playboy Wang Shao Cong, who personally partied in the past with these ladies, revealing that both Luna, wife of Wilber Pan, and Moka, wife of Aaron Kwok, were the top lieutenants of a “Amy Jie” (Sister Amy) and clapping at the success of Amy Jie in getting those two married off so well.

Turns out Amy Jie runs an so-called agency called PUA (Pick Up Artists) Training Camp that runs the same four step method for ladies marrying top stars: (1) plastic surgery for the same look that we see so much nowadays all over Instagram, (2) curate an SNS profile that is classy, kind, and a little bit dorky, (3) attend charities and parties with celebs, with agency assistance in responding to texts once the connection is made, and (4) release the information to the media once the couple starts dating. Voila, instant celeb wife. Aarok Kwok’s wife Moka, young than him by like 25 years, was apparently the number 1 success story, though the couple have 2 daughters now and seem happy so I’m thrilled it worked out both ways. Marriage is like any contract, as long as both parties are in agreement we bystanders just need to marvel at how “packaged” it is these days.

END_OF_DOCUMENT_TOKEN_TO_BE_REPLACED 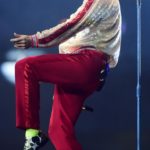 Indulge me for once because I truly felt like I was back around 1999. That’s during the heyday of the Four Sky Kings and honestly the last period I even paid attention to Hong Kong’s most famous stars who all … END_OF_DOCUMENT_TOKEN_TO_BE_REPLACED 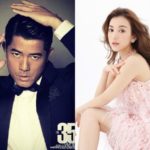 The end of March wedding announcements keep on coming, with two in K-ent and also one from Hong Kong. Top HK singer-actor for the past three decades Aaron Kwok is tying the knot, in a timing that feels three decades too … END_OF_DOCUMENT_TOKEN_TO_BE_REPLACED

Being a drama aficionado is akin to trying to find the best fast food restaurant. The reviews are rarely worth the time spent to write it but the satisfying immediate fill the medium offers is nothing to scoff at. With … END_OF_DOCUMENT_TOKEN_TO_BE_REPLACED 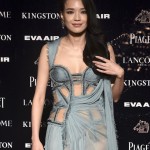 The glitz and glamour of big film awards didn’t just descend in Seoul this weekend for the Grand Bell Awards, down South a few hours Taipei hosted the 52nd annual Golden Horse Awards, the most prestigious film awards in Chinese-language … END_OF_DOCUMENT_TOKEN_TO_BE_REPLACED

The 51st Golden Horse Awards took place last night in Taipei to celebrate the best of film in Greater China for 2014. It was an unprecedented triple win for Chinese actor-director Chen Jian Bin (who walked the red carpet in … END_OF_DOCUMENT_TOKEN_TO_BE_REPLACED

The 18th annual Busan International Film Festival (BIFF) kicked off yesterday in the seaside town of Busan, South Korea with lots of glam and anticipation. Featuring 301 movie selections from 70 countries shown over 10 days, BIFF has cemented its … END_OF_DOCUMENT_TOKEN_TO_BE_REPLACED