Twenty years? Seriously, twenty years! Who would have thunk it and who here remembers living through this entire experience which kick started the Hallyu era. Today on January 14th, 2022 marks the exact 20th anniversary of the date Winter Sonata premiered on Korean televisions. I don’t think ANYONE could have predicted on January 14th, 2002 that this drama would change the future of South Korean television programming. Korean movies were already gaining a niche cult status around Asia but dramas it was not until Winter Sonata that the dam burst open. To say this drama was huge is an understatement, it singlehandedly created Hallyu (the Korean wave) which impacted more than just dramas but also brought K-pop to other Asian countries and later of course worldwide recognition to date. Dae Jang Geum elevated K-drama watching one step over WS years later but WS was the trailblazer. It’s sad that the four leads are Winter Sonata are not active in K-ent in different ways 20 years later – Choi Ji Woo hasn’t done a drama since The Most Beautiful Goodbye in 2017 and had a baby last year so who knows when she will be back, Bae Yong Joon leveraged his fame and fortune to step into agency management and hasn’t been seen on TV in a decade, my beloved Park Yong Ha is no longer with the world since his passing in 2010, and Park Sol Mi was in a drama last in 2018. But these four will always live on forever as their youthful selves capture on celluloid in Winter Sonata, even if Bae Yong Joon as a thirty year old back then playing a 17 year old high school student remains one of the most lulz teenage counterpart performances.

END_OF_DOCUMENT_TOKEN_TO_BE_REPLACED 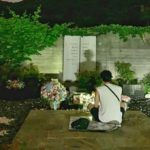 We may think K-ent is going through dark days but honestly those who have followed along for over a decade remembers as dark if not darker times long ago. On June 30, 2010, K-actor Park Yong Ha succumbed to his … END_OF_DOCUMENT_TOKEN_TO_BE_REPLACED 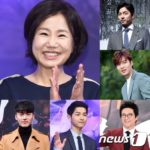 As top Korean drama screenwriter Kim Eun Sook preps for her next drama airing at the end of 2016, having lined up leading man Gong Yoo (squeeee!), it’s a good time as any to do a catalog of all the … END_OF_DOCUMENT_TOKEN_TO_BE_REPLACED

I get really sad when I don’t see friends or family for an extended period of time. The same thing goes for actors I love to watch onscreen. While some of my faves have done projects in 2011, if the … END_OF_DOCUMENT_TOKEN_TO_BE_REPLACED

Back by popular demand, the ongoing saga of real life bromances in Korean entertainment. Today our leading men will be Mr. bedroom eyes and Mr. cheekbones. Yes, it’s time we took a trip down memory lane with So Ji Sub … END_OF_DOCUMENT_TOKEN_TO_BE_REPLACED

Do you remember the drama and/or movie that made you fall in love with your favorite actors or actresses. … END_OF_DOCUMENT_TOKEN_TO_BE_REPLACED

(Park Yong Ha’s smile – heartfelt, tender and oh-so-dashing) With a melody that wraps itself around your heart and lyrics that say everything you are thinking, this is a fitting song to play when I am thinking about how a … END_OF_DOCUMENT_TOKEN_TO_BE_REPLACED

(In Story of a Man) Sometimes it hurts so much, even when its so disconnected from your real life. … END_OF_DOCUMENT_TOKEN_TO_BE_REPLACED