Okay, this post is to thwart the heavy hands of censorship and bring more publicity to the efforts to silence art. C-dramas have been on a fantasy, wuxia, and xianxia (combo of the two) novel adaptation kick for the last decade that it’s no wonder the last few years productions have start tapping into BL novels in those genres. BL (boy love) is exactly as the genre title says and has a huge following not just from the LGBT community but from straight women who love the bromance even if its actual romance. It started with BL mangas in Japan in the 90’s and has really spread out to all written genres and BL fantasy novels take Chinese fantasy history which is big on swordsman bromance anyways and crosses into romance. There have been about 50 BL novels adapted into C-dramas these last few years though every one has changed the BL aspect to male friendship, added female love interests, and kept the story line and world building.

The biggest BL novel adapted into a C-drama has to be 2019 hit The Untamed (陈情令 Chen Qing Ling) starring Sean Xiao (Xiao Zhan) and Wang Yibo. I only became a Sean Xiao fan recently from his singing side of his career so was planning to watch this soon. Fans of the source novel boycotted the drama after the core BL romance between the male leads was excised and random female pseudo love interests/supporting roles inserted, but the source story was so good and production did a great job with all else that the drama was a huge hit. Sadly The Untamed (and other BL source material dramas) may be no more as this weekend C-ent is reporting that the Chinese Broadcast agency is finally cracking down on BL adaptations even if it has no BL in it – ones submitted for approval will be denied, ones approved will need re-review, in production dramas are to be halted immediately, and finished airing dramas will be pulled from streaming. Dang someone has too much time on their hands.

END_OF_DOCUMENT_TOKEN_TO_BE_REPLACED 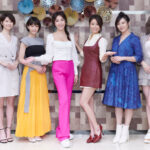 There are quite a lot of big TW-dramas in development and production for 2021 but none as star-studded as Blue Hour (華燈初上) set in 1988 Taipei Red Light District about the lives, loves, and struggles of the club madam, their … END_OF_DOCUMENT_TOKEN_TO_BE_REPLACED 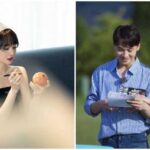 Even putting divorce with discarding surrogate babies in the same “scandal” is absurd, one is like throwing in the trash a meal prepared by a loved one and the other is burning the house to the ground level bad. C-ent … END_OF_DOCUMENT_TOKEN_TO_BE_REPLACED 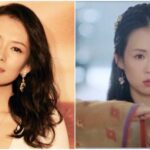 There hasn’t been a C-drama to entice me in a few years, not since Three Lives Three Worlds, Ten Miles Peach Blossoms, though the Koala jiejie has asked me to watch Love and Destiny and I still owe her that. … END_OF_DOCUMENT_TOKEN_TO_BE_REPLACED 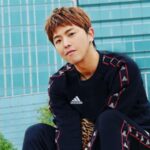 I don’t even know how to write this post without expletives. A lot of them. I actually wrote it freestyle and just went back and deleted all the F*&ks and F#%k Yous! to 2020. Because this year just keeps getting … END_OF_DOCUMENT_TOKEN_TO_BE_REPLACED 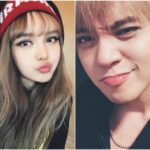 Okay, this is so so so much “pass me the popcorn” level trainwreck celeb breakup dirty laundry being aired. You can say April 23, 2020 will NOT be singer-actor Show Luo‘s favorite day ever in history as his long time … END_OF_DOCUMENT_TOKEN_TO_BE_REPLACED 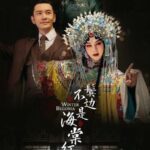 Movie land pushes the envelope a lot more since viewers can’t chance upon seeing a subject matter one doesn’t intentionally pay money to see. Which is why television is always slower and later in daring to show less than mainstream … END_OF_DOCUMENT_TOKEN_TO_BE_REPLACED 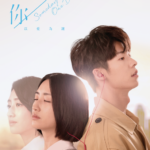 I totally missed the premiere of TW-drama Someday or One Day (Chinese title Wanting to See You) but I’m glad now I can sit down and marathon this baby as the drama aired its final episode this weekend. The drama … END_OF_DOCUMENT_TOKEN_TO_BE_REPLACED 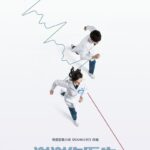 Mainland China isn’t just quarantining entire cities and perhaps provinces, now it’s ordering the stopping of commerce as needed. C-ent is getting it’s first order this week as the central government ordered a complete and immediate stoppage of all drama … END_OF_DOCUMENT_TOKEN_TO_BE_REPLACED 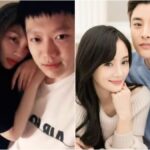 Man, I have never seen a publicly more put upon husband than C-star Jia Nai Liang. His marriage is on the rocks again this weekend with the release of two videos showing his wife C-actress Li Xiao Lu with his … END_OF_DOCUMENT_TOKEN_TO_BE_REPLACED 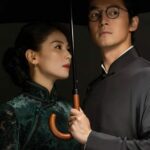 It’s never too long when it comes to something perfect. So a perfect pairing feels just as magical seeing it nearly 5 years later, by that I mean C-stars Hu Ge and Liu Tao together again. They starred in the … END_OF_DOCUMENT_TOKEN_TO_BE_REPLACED 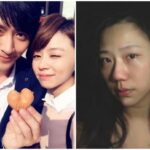 This is one case where real life is as makjang and melodramatic as fiction on dramas. TW-ent is all about the crazy, wild love triangle now legal drama involving two stars and one spurned wife. Actor Mars Ma (Ma Jun … END_OF_DOCUMENT_TOKEN_TO_BE_REPLACED