There are plenty of good (and bad) K-dramas that slip through my cracks, even ones I intend to watch. It’s a thing called real life other stuff and timing, and sometimes I’m glad I avoided a hot mess. This weekend I learned in this case goodness I missed out on TWO YEARS of the best most nnnnnnggggg where have you been all my life K-drama romance crack in recent memory and all because a little thing call the start of the COVID-19 pandemic. MBC drama Find Me in Your Memory (Korean title That Man’s Memory Memoir) premiered in March 2020 and if anyone had much mental juice at that time for casual drama watching it wasn’t me, so I checked out the first episode and stopped midway through. I love Kim Dong Wook but Moon Ga Young hadn’t worked for me yet and the beginning of this drama was just set up so it didn’t hook me. And saying to myself that I would go back to watch turned into weeks and then months and obviously years. But during that time I would hear buzz and chatter that the OTP and chemistry of the two leads in this drama was on fire and this drama remained in the back of my mind.

As one C-netizen put it once: “these two are one foot in the registrars office already” i.e. they are ready to get their marriage license. Haha, love the creativity in the description and it was so many netizens swooning over “Anchor-nim and Yeo Ha Jin”. When this past weekend’s Shooting Star (Sh**ting Stars) had the two leads playing their characters back for a cameo and the short minute scene was enough to showcase to me what people were talking about – Moon Ga Young has such a spark and crispness in her character and Kim Dong Wook just made me knees melt with how suave he was coming off work and with that amazing voice and warm demeanor I’m surprised Yeo Jin even has the ability to do her job and pretend to make sparks with other actors haha. So anyways, I said enough is enough with my procrastinating and I clicked play on Find Me in Your Memory. To which I then proceeded to marathon the sucker for 10 hours straight (some forwarding of course) and now I am spent and in love and totally and utterly smiling cheek to cheek for Anchor-nim and Ha Jin-shhi. And I look like a sleep deprived panda, but it was so worth it.

END_OF_DOCUMENT_TOKEN_TO_BE_REPLACED 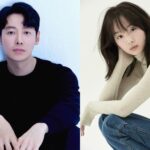 OMG, Anchor-nim is coming back! I’m just emerging from my Find Me in Your Memory better late than never obsession for the past two weeks so this news is like manna from Heaven. Kim Dong Wook is confirmed for a … END_OF_DOCUMENT_TOKEN_TO_BE_REPLACED 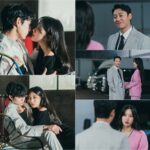 This may end up being the highlight of this drama, lol, what with the complete disappointment so far in not getting either ratings or buzz. tvN Fri-Sat entertainment industry drama Shooting Star (or Sh**ting Stars) started with ratings of 1.632% … END_OF_DOCUMENT_TOKEN_TO_BE_REPLACED 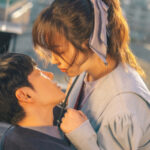 I remember reading so many novels growing up, I was basically an English major in literary consumption but chose another bachelor of arts discipline for more practical purposes. Novels are a funny thing, as an voracious reader I was able … END_OF_DOCUMENT_TOKEN_TO_BE_REPLACED 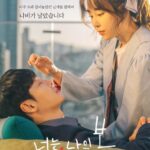 It’s another disappointment in terms of ratings for tvN in the Mon-Tues time slot, after Doom at Your Service now You Are My Spring is underperforming in terms of rating and critical feedback though the reasons differ. While Doom was … END_OF_DOCUMENT_TOKEN_TO_BE_REPLACED 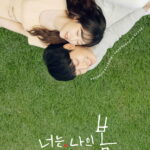 Newly arrived tvN drama You are My Spring is……interesting to say the least. I watched episode 1 and can’t for the life of me decide if I like it or dislike it. If it wasn’t for leads Seo Hyun Jin … END_OF_DOCUMENT_TOKEN_TO_BE_REPLACED

The first teaser is here for upcoming tvN Mon-Tues drama You Are My Spring and it’s arriving in the middle of Summer on July 5th but I’m all for the abundance of spring time vibes forthcoming. The first teaser shows … END_OF_DOCUMENT_TOKEN_TO_BE_REPLACED 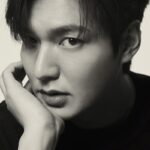 The KOFIC assembled Korean Actors 200 list (consisting of both actors and actresses) is already fodder for discussion with fans wondering why their faves may or may not have been included. This is definitely a movie (Chungmuro) driven list so … END_OF_DOCUMENT_TOKEN_TO_BE_REPLACED 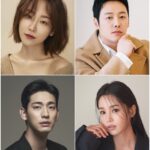 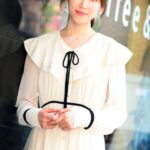 There is news around early 2021 K-drama You Are My Spring, and it feels like a one-for-one equal swap. Yoon Kye Sang was in talks for the drama but this week declined, but the production moved fast as Kim Dong … END_OF_DOCUMENT_TOKEN_TO_BE_REPLACED 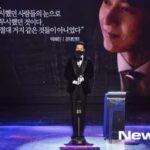 I searched and there are no pictures of the actors and actresses attending the 2020 MBC Drama Awards with their face masks off so kudos for the production really sticking with proper protective gear and social distancing. Everyone even wore … END_OF_DOCUMENT_TOKEN_TO_BE_REPLACED 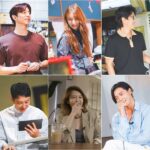 It’s here! The Coffee Prince 13-anniversary reunion special has aired so go find the subbed source of your availability and grab a cup of coffee to settle in with old friends. It feels like the cast of Gong Yoo, Yoon … END_OF_DOCUMENT_TOKEN_TO_BE_REPLACED 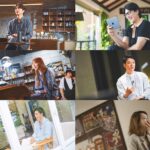