My Lee Seung Gi has been freed! Like his character Song Oh Gong with the geumganggo magical bracelet binding him, the ending of Hwayugi feels like he’s taken off the shackles and can move on to better things but also knowing he’s tried his best. He arrived late at the drama wrap party so wasn’t snapped by the media but the rest of the cast did their grin and be relieved this is all over walk past the reporters on their way into the party. Whatever issues I have with Oh Yeon Seo‘s performance and the way her character was written (so flat I couldn’t even sense a heartbeat), I’m sure she tried her best and kudos to her. The cast members that came out of this epic mess drama the best were Lee Se Young and Lee Hong Ki, and even Bora got me tearing up at the end. It was the secondary interpersonal relationships that worked and other than my love for Lee Seung Gi I can’t say Oh Gong was a memorable character aside from being cool and snarky. Better luck next time folks, and the Hong Sisters are on my crap list now until they re-learn how to write a drama. END_OF_DOCUMENT_TOKEN_TO_BE_REPLACED 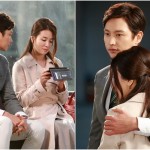 It’s a relief that Song Jong Ho‘s memorable exit from his guest starring turn in The Girl Who Sees Smells isn’t the last we’ll see of him in the near future. He’ll be back on the small screens next month … END_OF_DOCUMENT_TOKEN_TO_BE_REPLACED 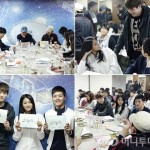 Currently the cast of the upcoming KBS melodrama Full Sun is in Bangkok, Thailand filming the overseas shoot portion of the drama. Based on the synopsis the location shoot will be integral to the central plot. K-dramas are no strangers … END_OF_DOCUMENT_TOKEN_TO_BE_REPLACED

Here comes the late-Winter 2014 K-dramas! I feel like this year is already off to the races while I’m still scrambling to get out of bed and fumbling for my slippers. The most high profile K-drama is the thriller Three … END_OF_DOCUMENT_TOKEN_TO_BE_REPLACED

Despite my love for Prime Minister and I, its single digit ratings is clearly not bringing the happy for KBS and also for the rom-com genre in general. No wonder KBS is reaching back to its tried and true formula … END_OF_DOCUMENT_TOKEN_TO_BE_REPLACED

This might be one of the most star-packed K-movie premieres I’ve seen in a long time, which goes to show that Kim Soo Hyun’s star is incredibly high and his agency Key East Entertainment has lots and lots of A-list … END_OF_DOCUMENT_TOKEN_TO_BE_REPLACED

Woah momma what do we have here? While the more high profile upcoming sageuks Gu Family Book for MBC and Jang Ok Jung, Live in Love for SBS have been getting the majority of the press and attention (also because … END_OF_DOCUMENT_TOKEN_TO_BE_REPLACED