Well the interest is definitely there for the upcoming C-drama adaptation of Tong Hua xianxia romance novel Lost You Forever. Unlike the C-drama version of the prequel Once Promised which was soooooo bad and thankfully no one watched it, this one is high profile thanks to Yang Zi as the female lead and a bevy of fast rising male leads and suitably cast supporting roles. The drama hit 1 million reservations (which gauges interest level) on Tencent streaming this week and to celebrate the production released new stills. Yang Zi looks lovely in this shade of green and of course the very important red phoenix flowers make an appearance to complete the look. This time I feel like Zhang Wan Yi looks like a petulant boy as Qiang Xuan (Zhuan Xu) whereas Deng Wei is selling massive Jing as the smartest man on the planet and Xiao Yao’s bedrock vibes. Tan Jian Ci continues to internally emo beautifully as Xiang Liu and Dai Lu Wa as Ah Nian looks adorable as our resident harmless brat.

END_OF_DOCUMENT_TOKEN_TO_BE_REPLACED 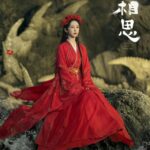 Alrighty, I didn’t write Lost You Forever the novel, that would be Tong Hua with her amazingly lyrical words and vivid characters. But in translating the entire three volume behemoth I have become intimately close to each scene and moment … END_OF_DOCUMENT_TOKEN_TO_BE_REPLACED

I feel like my return to C-drama land this past summer of 2022 may have been guiding me to get legit excited for the C-drama adaptation of my favorite xianxia period C-novel Lost You Forever by Tong Hua. I haven’t … END_OF_DOCUMENT_TOKEN_TO_BE_REPLACED

At this point I do want the C-drama adaptation of Lost You Forever (Chang Xiang Si) to go forward because then it would be done and I don’t ever have to wonder what it would have been like. Despite not … END_OF_DOCUMENT_TOKEN_TO_BE_REPLACED