Last year’s 2019 Golden Bell Awards (Taiwan’s television top awards) were all about the exceptional and very serious The World Between Us dealing with mass shooting and the aftermath. This year the high profile winner comes from the very popular Someday or One Day, with female lead Alice Ke winning Best Actress and the drama taking home Best Drama. I’m not surprised male lead Greg Hsu (also known as Greg Han) isn’t winning awards yet since he’s still a relative newcomer but this drama is definitely his star making vehicle. He sang the theme song at the ceremony and basically the shrieks of excited lady fans were through the roof lol. He looks like what you come out of a blender if you mushed together Gong Yoo and Hyun Bin so I am quite excited to see his ascendance in TW-ent.

The ceremony was on the subdued side due to COVID-19 and also the recent passing of actor-singer Alien Huang (Xiao Gui). The ceremony did an In Memoriam section for the TW- stars that passed away in the past year including Xiao Gui, dancer turned variety show host Liu Zhen, actress and television personality Luo Pei Ying, and of course actor-model Godfrey Gao. In terms of other notable winners that I know from past dramas, there was Jack Yao for Best Actor (I still remember him in his supporting role in In a Good Way) and Janel Tsai for Best Supporting Actress. In terms of votes, Jack Yao won with just 1 vote difference over Joseph Chang and same with Alice Ke over Cheryl Yang, and it especially worth noting that 4 years ago Alice won in a 1 vote difference for Best Actress for Marry Me or Not over Cheryl for A Touch of Green.

END_OF_DOCUMENT_TOKEN_TO_BE_REPLACED 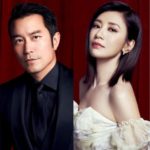 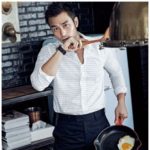 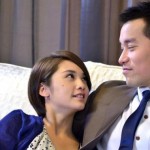 Agree! Totally 100% agree with this voting result, which is becoming more and more a rarity these days. Sometimes I wonder if my tastes have stayed the same while the newer drama viewers are headed in a different direction, but … END_OF_DOCUMENT_TOKEN_TO_BE_REPLACED 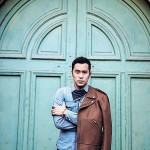 Joseph Chang has been on a box office tear the last three years, releasing two movies a year, and this year alone his third movie just opened at the theaters in Taiwan with still four months left before year end. It does mean … END_OF_DOCUMENT_TOKEN_TO_BE_REPLACED

It’s been much too quiet in entertainment news lately so either a real scandal is going to arrive or a manufactured one. Turns on it’s the latter but the C-media jumped on this one as fast as a ravenous dog … END_OF_DOCUMENT_TOKEN_TO_BE_REPLACED

It’s early October which means Busan International Film Festival time! There were sooooo many K-stars in attendance my eyes crossed trying to write up something about dresses and suits. How about highlighting the small but impressive Chinese-speaking contingent attending Busan … END_OF_DOCUMENT_TOKEN_TO_BE_REPLACED

Given that this is just the subjective assessment of one major Taiwanese entertainment publication TVBS Magazine, it’s still pretty darn accurate in my estimation. The power rankings are out for the top Taiwanese entertainers of 2013 with ten selected from … END_OF_DOCUMENT_TOKEN_TO_BE_REPLACED

I haven’t seen either of these hot namjas in awhile, and it’s rather serendipitous that they both have a Rainie Yang shared connection and happened to show up the same brand event at different spots on the same week. I … END_OF_DOCUMENT_TOKEN_TO_BE_REPLACED

Rising C-actress Liu Shi Shi continues to go down the list of gorgeous and talented TW-actor co-stars like you wouldn’t believe. I love some more than others but she hasn’t hit upon a total fail yet. She continues that trend … END_OF_DOCUMENT_TOKEN_TO_BE_REPLACED

The Golden Horse Awards, Taiwan’s Oscars, was held last week and there were some upsets as well as some expected victories. I didn’t watch most of the movies nominated since I barely have time for dramas much less movies. One … END_OF_DOCUMENT_TOKEN_TO_BE_REPLACED

Man, that is one seriously sexy namja. It feels like forever since I last posted about the deliciously yummy Joseph Chang, the reason being that he’s been busy making movies and hardly playing the media game. We really lucked out … END_OF_DOCUMENT_TOKEN_TO_BE_REPLACED

The Taipei Film Festival was held in July and once again highlighted talented actors, directors, and producers of the very quirky local movie industry. Normally I don’t pay much attention, except for when one of my favorite TW-actors Joseph Chang … END_OF_DOCUMENT_TOKEN_TO_BE_REPLACED